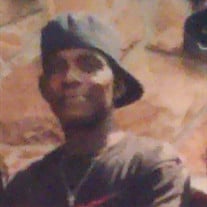 Passed away at Centennial Medical Center John Henry Leslie Shannon Jr. Was born On September 7, 1952, in Lebanon Tennessee in Wilson County, to Mother Ella Sue (Beard) Shannon and the late Elder John Henry Shannon Sr. He was the third child of nine born to this Union. He was affectionately known as "Bud" and "Uncle Bud"by his family and closest friends. Otherwise known as "Lil John" by all others. He was preceded in death by his father, brothers Michael Shannon and John Henry Shannon (infant), and children Eric Swanson and Jermaine Swanson. Bud accepted Christ early in life and was baptized by Pastor Shoats at Friendship Bapt Church in Logan Kentucky. He began his education in Oakland, Kentucky. Later the family moved to Nashville, Tennessee where he completed his education. Bud had the ability to make people laugh. He could make light of the hardest situations. Make jokes sometimes at the expense of his siblings. Some of whom would not find it funny. Most of all he was our big brother, and our protector, and in his words our pot-nar. He was a jack of all trades. If it was broken Bud could fix it. Bud sung a song many years ago that will forever remain in our hearts and minds. At the time believing that the parents would leave this world before their children. We will always hear his voice lifted as he passionately sang the strains of this song….Will the circle be unbroken by and by Lord by and by. Bud broke the circle of his own little family as he departed this life on January 1, 2015. He leaves to grieve his absence Mother Ella Sue Shannon, companion Audrey Butler, six sisters Anita Meadows, Hettie Lou Doss, Priscilla (Clayton) Byrd, Diana Hardin, Alice Christine (Ronnie) Waller, Anna Ray ((James) Byrd, children Erica Swanson, Johnekka Jermia Shannon and Jyniah Ella Shannon, friends Deborah E. and Lenora Swanson, close friend William "Pork Chop" Hill, and many other nieces, nephews, cousins, and friends. His laughter will forever echo in the halls of time gone by. His memory forever etched in our hearts and in our minds. His absence will be missed by all. Please keep the Shannon Family in your prayers.

The family of Mr. John Henry Leslie "Bud" Shannon Jr. created this Life Tributes page to make it easy to share your memories.

Send flowers to the Shannon family.