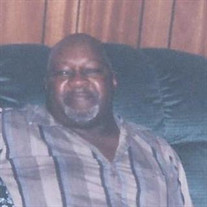 Lebanon, Tennessee Age 74 Passed away at University Medical Center. George was born on November 20, 1940 to the late Vernon and Harriet Woods of Springfield, TN. George confessed to Christ at an early age and again in the latter part... View Obituary & Service Information

The family of Mr. George W. Woods created this Life Tributes page to make it easy to share your memories.

Passed away at University Medical...

Send flowers to the Woods family.