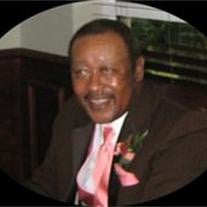 Elroy Cantrell was born in Wilson County on October 16, 1946. He was the eldest son of Winfred and Lucille Cantrell. Elroy graduated from the Wilson Country School System in the class of '64. He worked as a farmer and for thirty-nine years worked... View Obituary & Service Information

The family of Elroy Cantrell created this Life Tributes page to make it easy to share your memories.

Send flowers to the Cantrell family.