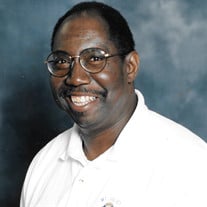 Mount Juliet, TN Age 61 Passed away at Vanderbilt University Medical Center. Please keep the Burr family in your prayers. **Owner of Burr's BBQ** Survivors include daughter, Detriea Burr, son Courtland (Tiare) Douglas, grandchildren, Courtland, Jordan, London, Sophia, and Angela; wife of over 30 years, Angela Douglas Burr, devoted Special friend, Senorina Alvarez; Dexter Wayne Burr was born September 26, 1953 in Robertson County to the late Elmo Junior Burr and Rachel Belle McKissack Burr. He is preceded in death by his parents; brothers, Donnie Burr and Ricky Gardner. He was educated in the Robertson County Public School system where he graduated from Springfield High School with the Class of 1972. After graduating from Springfield he went on to attend Nashville State College. Dexter accepted Christ at an early age. He grew up attending St. John United Methodist Church. He later joined Cedar Grove Missionary Baptist Church under the leadership of Reverend Robert Collins. He was a faithful servant of the church devoting his time on the Usher Board. He was united in Holy Matrimony to Angela Douglas Burr for over 30 years and remained close friends until his death. Dexter worked around the U.S. installing telephone poles for AT&T. After traveling around the U.S. for a few years he left that field to get into the insurance industry. He worked as an insurance salesman for Supreme Life. After a few years he took a job promotion at the life insurance company as the office manager. He was the entrepreneur of Burr's Barbeque. Dexter ran his business for over 20 years in Wilson County. The incredible master seasoning blend created to season his mouth watering pulled pork is something that our taste buds will miss forever. *colors for Friday's service: gray and orange* *colors for Saturday's service: black*

The family of Mr. Dexter Wayne Burr created this Life Tributes page to make it easy to share your memories.

Passed away at Vanderbilt University...

Send flowers to the Burr family.